Things You Have To Know About Peru Before Traveling

Sometimes surprises when you’re travelling can be good – a delicious meal at a local restaurant or a tip from a local leading to a great off-the-beaten-path site, for example. However, more often than not, travel surprises can be nasty, and as much time as you spend preparing for a trip, it seems they’re sometimes unavoidable. That said, you should still do what you can to educate yourself before heading out, and we’re here to help! That’s why we’ve crafted this list of seven important things to know before visiting Peru.

A few of these tips will help you to avoid disaster while the rest will just help to make things a bit more pleasant during your stay in Peru, the Land of the Incas. So let’s get to it!

If you’ve never travelled to a country with a developing economy before, this might take some getting used to, but for the most part you’re going to have to leave the plastic behind. Of course, it’s possible to find places that accept certain cards in Lima and in major tourist centres like Cuzco but even in establishments that advertise this, make sure to ask first! It’s not uncommon for a store or restaurant to put a Visa sticker on the door without ever accepting Visa cards in the first place. And for your own sake, don’t restrict yourself to places that accept cards. You’ll end up missing out on most “authentic” Peruvian experiences. Also, please don’t be the kind of person that tries to use currency from his/her home country. Be them dollars, euros, or anything else, this is lazy at best and insulting to Peruvians at worst. “What do you mean you don’t want our money?” Once again, this might fly in certain tourist-friendly establishments, but most Peruvians won’t think twice about turning down foreign bills, especially in locales off the beaten tourist path.

2. And speaking of money, don’t be afraid to haggle!

This won’t work in certain situations, for example, don’t try to haggle down your restaurant bill or museum entry fee. However, in an open-air market or in many souvenir stores it is entirely acceptable, and expected, that you haggle. As a tourist, vendors will generally start you at a much higher price in hopes that you’ll just pay and walk away. Don’t fall for it. In fact, it’s not uncommon to knock 50% or more off quoted prices, so get to it! Don’t think of it as being cheap, but rather as a competitive sport. Have some fun with it.

3. Eat your ceviche in the morning

Remember when we discussed ceviche in another article? Well here’s some advice on the best time to eat it! This applies especially to Lima and other towns along the coast, but it’s still a good idea pretty much anywhere you go. You see, Peruvian restaurants don’t generally buy their fish from wholesalers or the grocery store, they buy directly from fishermen who bring their catch to shore early, and we mean early, in the morning. As such, the sooner you eat it, the fresher it will be, and this is especially important since ceviche is served raw.

4. Go ahead, chew some coca leaves

Yes, coca leaves are an active ingredient in the production of cocaine, but no, they are not the same thing! Coca leaves generally contain less than 1% of the alkaloid cocaine and their “buzz” is similar to that of a good cup of coffee. Coca leaves have been chewed by the indigenous people of the region for centuries and are especially helpful for a bit of energy at high altitudes, besides suppressing hunger and fatigue, they’ve also been proven to reduce altitude sickness. Especially if you’re on a difficult hike, don’t be afraid to take the leaves a guide may offer you. Trust us, they’re really OK! 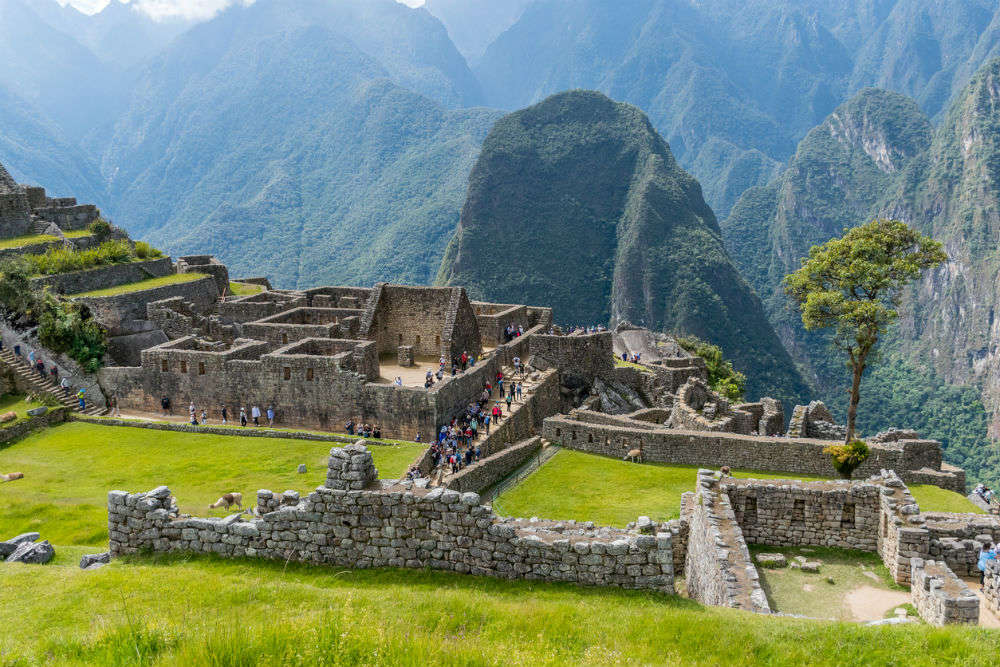 This is actually the case throughout most of Latin America, but if it’s your first time visiting then it’s important to come out and say it. Plumbing here is designed for human waste and human waste only. That little trash bin off to the side? That’s where your toilet tissue will go after use. Yes, perhaps it’s a little “gross,” but you know what’s more gross? A massive clog and human waste backed up all the way to the toilet bowl. Sorry for the imagery… but it’s the truth.

Peru’s climate features a dry season, which runs from April to October, and a rainy season, which runs the rest of the year. There are some obvious ups and downs associated with each of these periods. First of all, the rainy season features a lot of, well, rain. It generally doesn’t rain all day, but periodic strong showers occur generally for an hour or two daily. The dry season features hardly any rain at all. However, this makes the dry season much more appealing to tourists, which means more crowds and even increased lodging prices at many places throughout the country. It’s up to you to decide what trade-offs to make.

7. The Inca Trail is genuinely challenging

Hikers ascending Old Womens Pass on the Classic Inca Trail[/caption] If you’re coming to Peru to hike the Inca Trail, please don’t take it for granted, even with porters and the nicest of hiking gear, this is still a genuinely challenging physical experience. If you’re not in the best shape, don’t get discouraged, but please take steps to prepare your body for the trail! If you need advice regarding the necessary physical condition for a visit to Machu Picchu, you can start by taking a look at this article. You might be surprised to find a variety of options appropriate for many different fitness levels.